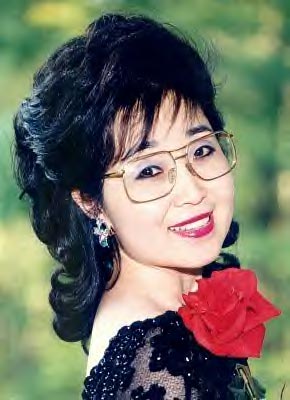 The music director of the Elite Piano Academy, Miss Hyun-Mi Chung, is a graduate of the prestigious Juilliard School (B. M. & M. M.).  She is the first woman pianist to have recorded all 35 Beethoven Sonatas.  She also has over 30 years of experiences teaching piano to hundreds of students from New England region to the northern Virginia and the greater D.C. area.

Miss Chung’s passion and dedication toward Beethoven also came at an early age.  She has read extensively about him and taken pleasure in listening to his music.  She admires Beethoven as a great role model both in spiritual strength and artistic accomplishment.

In 2007, after taking long break from teaching and everything else, Miss Hyun-Mi Chung focused on studying and perfecting  Beethoven’s music.  She finally completed the recording of all 35 sonatas of Beethoven and fulfilled her life-long dream. (an 11-CD set released through Tower Records)

2022 Inductee
the Prestigious Marquis Who's Who Biographical Registry

“Hyun-Mi Chung, pianist at Elite Piano Academy, has been recognized by Marquis Who’s Who Top Artists for dedication, achievements, and leadership in piano performance…” Read more for details… 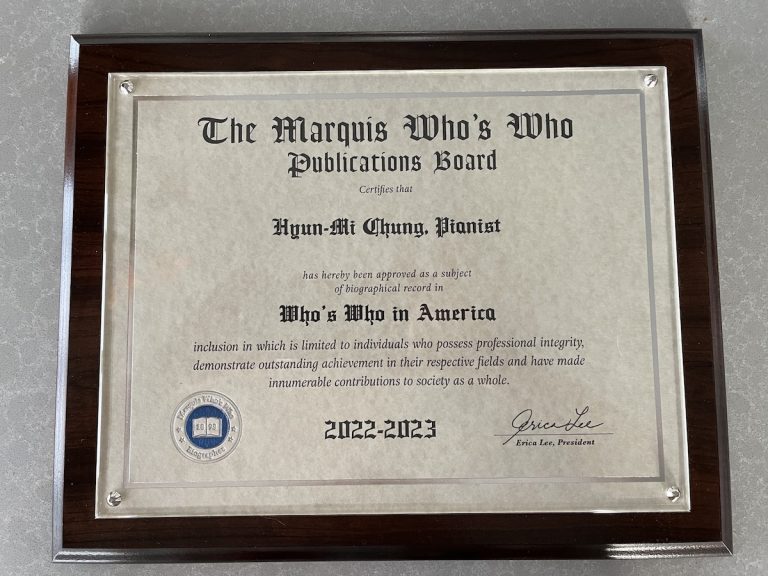 Besides her love for teaching, being an accomplished concert pianist, Miss Chung has hold numerous recitals and concerts including:

The love for music and the passion for Beethoven has been the motivation of her dedication to teaching.

The daughter of a prominent physician in Korea, Chung was only four years old when she started classical music lessons, practicing several hours each day.

The piano prodigy was soon awarded distinguished prizes, among them first prize in the Honam Pullma, Pung Moon Competition for Young Pianists. By the time she was twelve, she started recording classical piano music and her debut recital was broadcast throughout her country.

In 1975, at the age of 15, she left Korea to attend the preparatory division of the Juilliard School of Music in New York City, where she earned her bachelor’s and master’s degrees of music. At Juilliard, she studied with well-known pianists Jane Carlson and William Masselos. Later, she attended the master classes given by Pierre Sancan and had lessons periodically with him in Paris.

Miss Chung, a devoted Christian, has moved to Northern Virginia and established a thriving piano studio in the Tyson’s Corner area since 2010.  She teaches seven days a week but still finds time to attend McLean Presbyterian Church on Sundays.

Connect to The
Elite Piano Academy